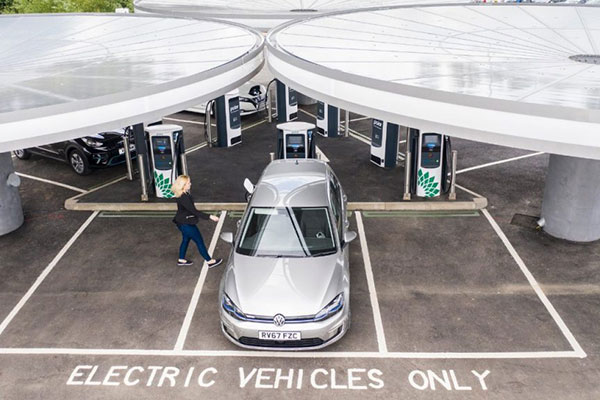 bp Chargemaster has been awarded a contract worth up to £21 million by Police Scotland to supply electric vehicle (EV) charging infrastructure across its estates, in the largest ever deal of its kind in the UK. The project will be delivered in partnership with WGM Engineering, one of Scotland’s leading engineering companies.

More than 1,000 charging points are set to be installed at 265 locations over the length and breadth of Scotland, including 35 ultra-fast chargers, making Police Scotland one of the first fleets in the UK to introduce this level of charging technology.

Matteo de Renzi, CEO of bp Chargemaster, said: “bp’s ambition is to become a net zero company by 2050 or sooner, and to also help the world to get to net zero. This includes not only reducing our own emissions but supporting our customers in reducing theirs. We are incredibly proud to be able to support Police Scotland through this landmark contract – the largest of its kind ever awarded in the UK – as they transition their fleet and contribute to the Scottish Government’s 2045 net zero target.”

Deputy Chief Constable Will Kerr said: “Police Scotland’s Fleet Strategy is highly ambitious, with the aim of having the UK’s first ultra-low emission blue light fleet by 2030. This substantial contract marks a major step towards that goal by making ULEVs accessible to more of our officers and staff.

“Achieving our Fleet Strategy aims will significantly reduce carbon emissions, while also reducing maintenance and servicing costs. It’s one of many strides the organisation is taking to achieve a sustainable, flexible service which meets the needs of our fellow citizens while also providing a modern, fit-for-purpose fleet for our people to use in the course of their work.”

bp Chargemaster is working with WGM Engineering on the programme, with the two firms bringing a full range of services to the delivery of the contact, from supplying the infrastructure from bp Chargemaster’s new, state-of-the-art production facility to providing operations, customer care and maintenance.

Ian Mathieson, Managing Director of WGM Engineering Ltd, said: “We are delighted to be working in partnership with bp Chargemaster delivering this large scale and exciting EV transition programme for Police Scotland. We will play a significant role in their journey to net zero carbon by 2045. Our partnership will provide cutting edge technology and smart solutions as well as unique local expertise on this pan-Scotland delivery.”

The Police Scotland contract is the second countrywide public sector fleet contract awarded to bp Chargemaster in Scotland, following the start of a charging infrastructure rollout for the Scottish Ambulance Service – also in partnership with WGM Engineering – with 35 sites already completed and the next 34 sites now underway.