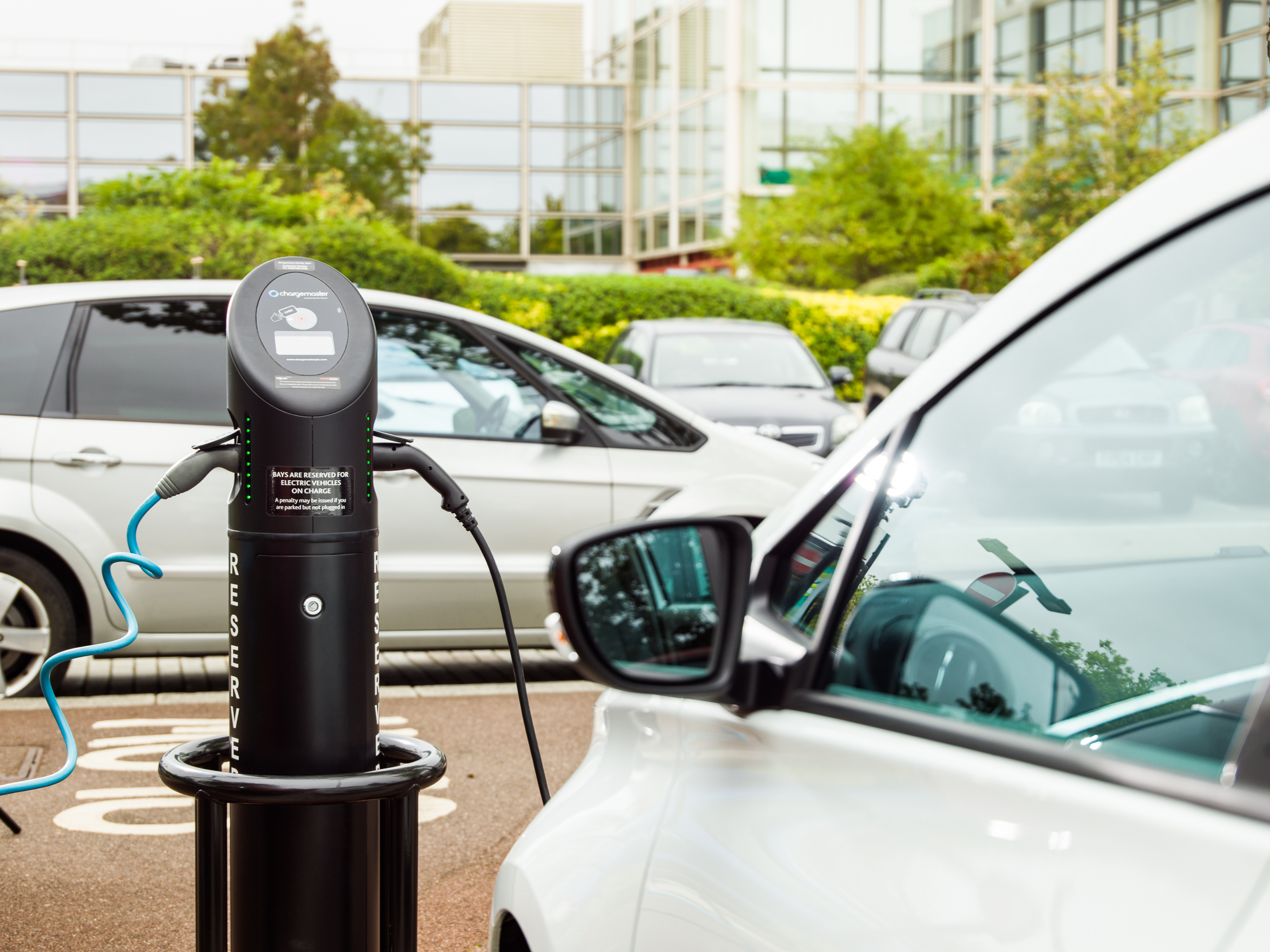 The first charging point under Milton Keynes Council’s ‘MK Promise’ scheme has been installed for use by residents of Wavendon House, a Grade II* listed former outpost of Bletchley Park. The MK Promise initiative allows local residents to apply for a UK-made Chargemaster charging point to be installed free of charge by the council if they do not have private off-street parking, such as their own driveway.

The new Chargemaster Fastcharge unit is the latest chapter in the rich history of Wavendon House, a 17th-century manor house with grounds landscaped by celebrated 18th-century gardener, Richard Woods. During World War II, as a hedge against enemy attacks, several of the famous code-breaking ‘Bombe’ machines from Bletchley Park were moved to various nearby outposts. Wavendon House had five machines running by the end of 1941, with 14 Bombes removed by the end of its operations.

John Zlotnicki, a resident of Wavendon House, and Director of Wavendon House Management Company, who led the application for the charging point, said: “Whilst it is important to us to preserve and maintain our buildings, landscape and grounds in their historical setting, we recognise the need to ensure that our residents have the opportunity to choose to have environmentally-friendly vehicles. The MK Promise scheme enables us to look to the future whilst retaining the best of the past.”

Brian Matthews, Head of Transport Innovation at ‎Milton Keynes Council, added: “We recognise that most EV owners want to charge at home, so helping people do this breaks down one of the key barriers to owning an EV. We are delighted that Wavendon House has become the first MK Promise met by Milton Keynes Council. We are expecting to deliver more of these over the coming months, with many requests already in the pipeline for delivery.”

David Martell, Chief Executive of Chargemaster said: “The MK Promise initiative from Milton Keynes Council is a fantastic way to ensure that as many EV drivers as possible, even those without dedicated off-street parking, can charge conveniently close to home. We are delighted to see our partnership with Milton Keynes Council continue to lead the way in making driving an EV as easy as possible, and hope that other local authorities are inspired by their commitment.”